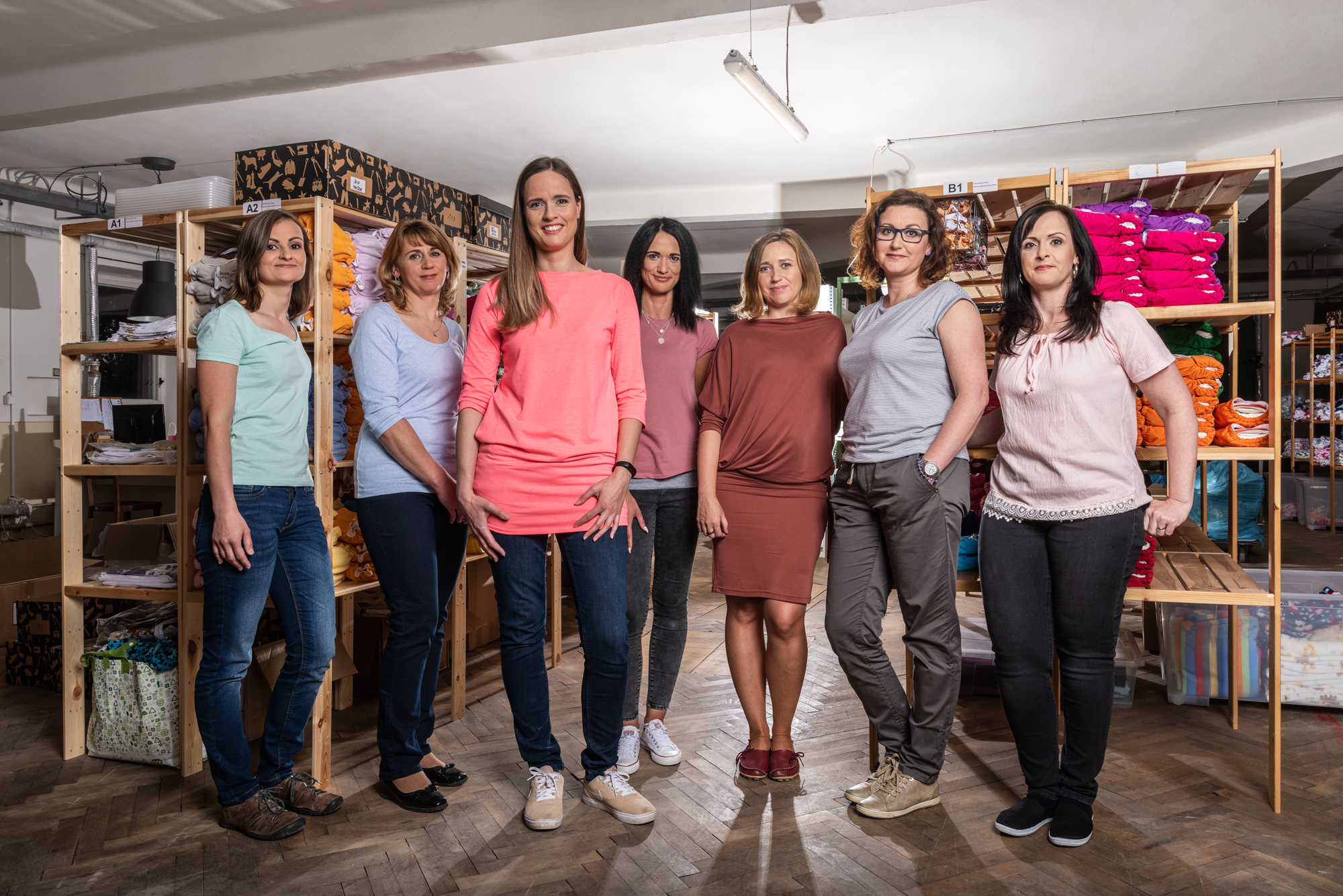 It all begun with the first pregnancy of Ivana, the founder of Anavy, then 21, and her thoughts about producing less waste and saving some money from the limited family budget. She chose to use cloth diapers but she was not impressed by the products available at that time so she tried to sew her own. The diapers she made not only proved useful to her but her friends tried them as well and soon they were in great demand at a local internet group.

The birth of a second child and the need to expand the team. Two work at home mothers start to help Ivana as well as one professional seamstress with industrial sewing machines and tech. Ivana went through all necessary formalities (especially sourcing certified fabrics, notions etc.) and started selling the diapers. Anavy started to exist as a brand. The product range gradually grows -- cloth pads, swaddle blankets, wool diaper covers and many more products are added.

The birth of the third (and final, so far) child. She has another opportunity to test and develop new products. Her knowledge and the reviews from hundreds of mothers from the whole republic and abroad manifest in the development of new products. Anavy diapers place at top positions in Diaper of the Year contest. Anavy becomes the winner with the most votes across all categories in 2011, 2012 and 2013. In 2013, we get the titles of:

The contest was held from 2011 to 2016 and Anavy was always placed in the top positions. Unfortunately, the contest ceased to exist in 2016 and there has not been any contest aimed at cloth diapers ever since.

The manufacturing team grows substantially and Ivana is focused on administrative work, taking product photos but primarily on planning and shaping the future of the brand.

It was necessary to secure new administrative and warehouse premises, the sewing workshop grows as well. We are also developing new materials and adding new collections of prints which helps us to hold the top position on the market.

Due to continuous growth we have to move again. The new premises are located in one of the buildings of an old textile factory, that was very important for the region in the past. In a way, we are helping to restore the prosperous tradition of textile industry, that belonged to the Ivančice/Alexovice region since the 1840's.

Anavy is establishing a second sewing workshop for the cloth pad product range.

You can find more details about the history of the Anavy brand on our blog Anavy story.